To have the optimal experience while using this site, you will need to update your browser. You may want to try one of the following alternatives:

Why Is Your Fire Alarm Chirping at 3AM? 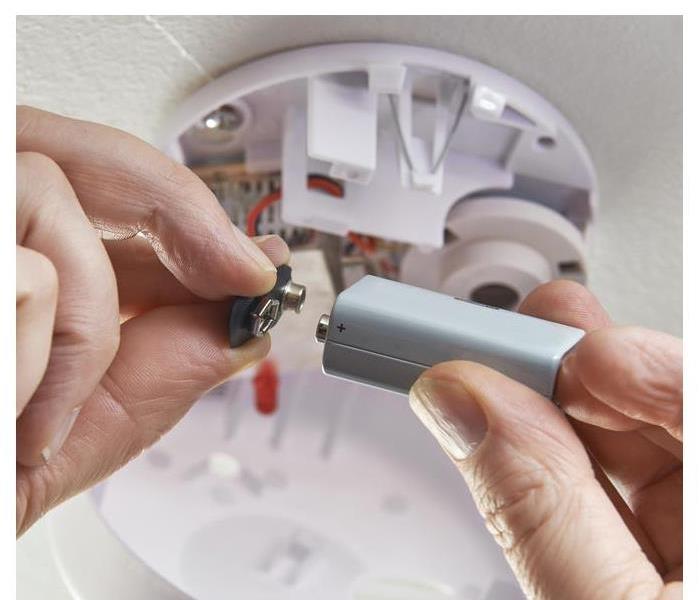 You can pull out the battery to silence the alarm

Batteries are like kittens and babies – they like to go out at the worst possible times. When your fire alarm starts chirping in the middle of the night, it’s normal for everyone within earshot to keep hoping someone else will get it, but eventually, you’re probably the one who will have to get up to fix it.
You can pull out the battery to silence the alarm, but this has led to serious fire damage in Shrewsberry, MO. However, there’s a simple trick to avoid this problem entirely.

What Causes Batteries to Go Bad?


There are three main components that impact how soon a battery will wear out:

Standard 9 volt batteries such as the type in your smoke alarm produce electricity by the reaction between the internal metals and electrolytes. In theory, the chemicals could last much longer than batteries do, because it’s actually a build-up of hydrogen bubbles inside that cuts off the reaction. Some batteries are made to last considerably longer; a common type is called an alkaline battery.
The other factors that cause battery degradation in a fire alarm are weather conditions and misuse. Using a battery for applications it’s not intended can cause an overvoltage and potentially a fire. Also, extreme heat and cold can significantly impact a battery’s life.


Why Does a Bad Battery Make That Awful Chirping Sound?
It’s not actually an evil plot against sleep – it’s meant to help keep you alive. As a battery loses voltage, it doesn’t function as well, eventually dropping below the nominal required voltage for a device. The beeping in the detector is telling you that it may fail at any time. Once the fire alarm is issuing the warning chirp, the battery should be replaced within 24 hours – if for no other reason than to stop that infernal beeping.
If a faulty alarm causes smoke damage in Shrewsberry, MO, there’s a local fire cleanup and restoration company that has long experience with returning your home to pre-fire conditions. SERVPRO makes it “Like it never even happened.”